Being injured is no walk in the park. It’s upsetting, frustrating, show-stopping, and causes general panic among the most seasoned athletes and runners. When friends of mine get hurt, I joke, Hey, what’s so bad about resting and watching Netflix for a week? When it happens to me, I want to throw my computer throw a window. I’m so bored from watching Netflix and being so still. The reason I run is because I’m restless; now, all that energy has nowhere to go. Except to seriously interfere with my sanity.

I’ve been off the road for about a week and a half, after injuring my back from a colossal case of overtraining. I was loving the changes in my body and energy levels so much that I got too crazy and woke up one morning physically unable to get out of bed. Back strains are no joke – it’s humbling how a little pain here and there can derail almost any activities or plans. The back is the boss of the body, and mine was forcing me to do nothing but rest. 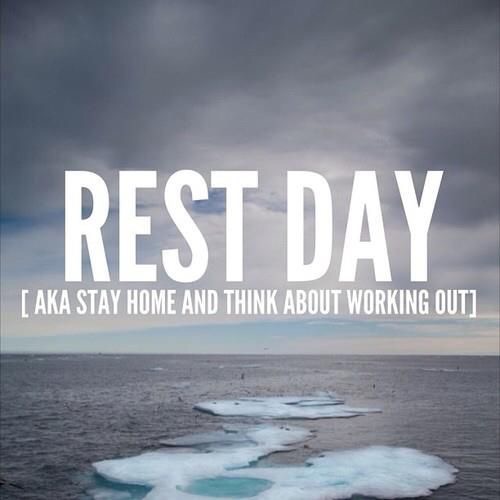 Despite the pain, I’m shocked by how quickly I bounced back. The first day, I was convinced I’d be out of the gym & trails for at least a month. Yet, somehow, I felt better the next day….and the next. I was healing fast, and today, I’m finally read to tackle a short run and see how I feel.

Being injured after building up such a solid base and months of consistent good eating and training taught me a few things about being injured. While I’m no expert, here’s what I learned 🙂

When we take good care of ourselves whole-heartedly – which means getting enough sleep, eating healthfully, and working out consistently – our bodies reward us. Particularly in times of injured strife. When we function well as a whole, we’re able to bounce back a lot faster.

No matter how tough your workouts are, it’s the kitchen where abs are made & injuries are healed. Protein, potassium, flavonoids, antioxidants, iron, magnesium…they all aid in healing. Since I’ve been out, I’ve been shooting for at least 100g of protein a day to help my muscles, tendons and ligaments sort themselves out.

Rest is super important, but there’s a difference between laying-there-helplessly-all-day rest and active rest. Active rest means there’s lots of (gentle) stretching, foam rolling, icing, elevating, compression, and movement happening to facilitate healing. Even when I could barely move, I forced myself through some painstakingly gentle movements and stretches, followed by ice and a nap. The most important thing is to keep the rest of the body functional. Gentle yoga and stretching are great ways to let the body heal without losing strength & flexibility.

Once I felt a tiny bit better (not healed, but just better than before) it took every inch of self control to keep myself on the couch and off the trails. The problem is that a lot of runners and avid fitness freaks get hurt, rest for a few days, and then go back out there and go HAM – thus undoing all the rest they’ve already done. Unless you want to be on the bench for another week, it’s more cost effective to rest a few more days instead.