I love this city. I do fall in love with faraway places easily, but this Northern Italy/Prague trip has been my favorite.

The John Lennon Wall on the way to the Castle was an unexpected treat. I’ve heard of it mentioned vaguely, but I had no idea it was in Prague. Given its ties to Russia/Communism/The Baltic States, it’s one of the last places I expected to stumble upon a Beatles tribute.

Apparently it started as a place for young Czechs to express their anger & grievances towards their oppressive Communist regime. The wall blossomed into a larger issue, eventually leading to a riot-ish clash between police and students. They followed John Lennon wholeheartedly, eventually spawning a “Lennonism” movement. After all, he was the antithesis of their draconian government and related sufferings.

My cousin insisted we try to find it; I thought it was a mural or album cover site, but it was much lovelier. It is a mural (sort of) but it’s filled with layers & layers of bright graffiti and handwritten shout outs by devoted visitors.

I scribbled a little something, but it came out messy since I only had a ballpoint pen in my arsenal. Sadly, my ego prevented me from snapping a picture. However, I loved what I saw. If you’re a fellow traveler, I highly suggest that you visit Prague (in fact, you have to) and the Lennon Wall. 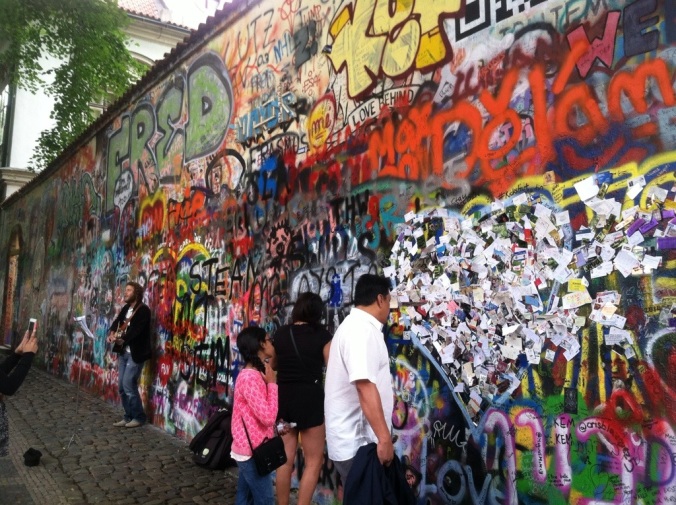 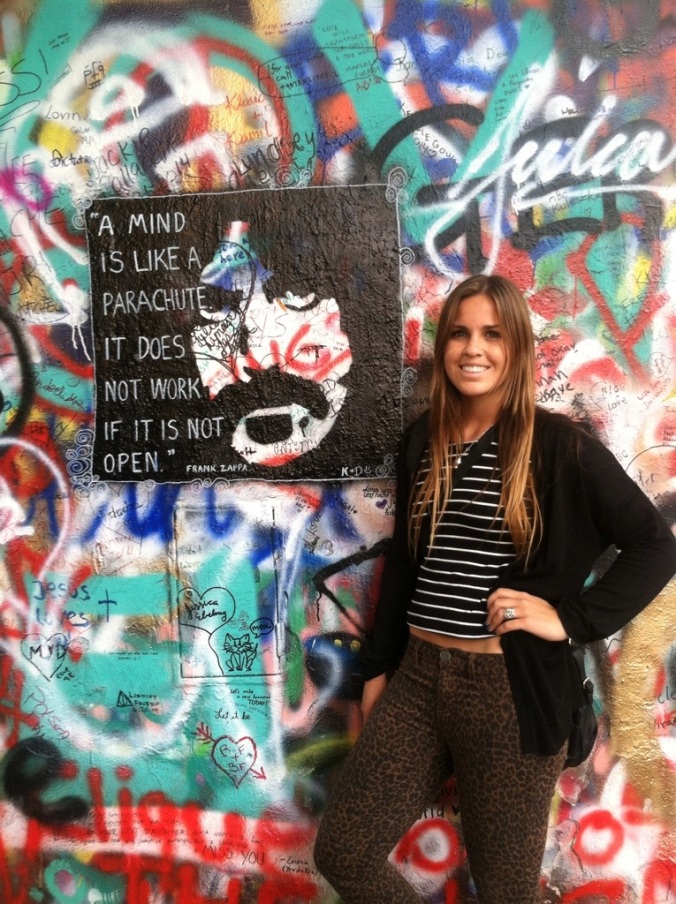 Thanks for stopping by this little corner of the interwebs. I'm a small business owner and athlete that happens to really, really love spoken word, poetry, and short stories. I'm navigating my way through this weird, dysfunctional world as best I can with my husband and pup.